Turn on suggestions
Auto-suggest helps you quickly narrow down your search results by suggesting possible matches as you type.
Showing results for
Show  only  | Search instead for
Did you mean:

Historically, some malformed or irregular packets that were discarded by a zone protection profile or built in protection (like LAND attacks) would only increment a global counter to indicate an action was taken. This made troubleshooting such occurrences, or logging for auditing and compliancy, a little more tedious.

Starting from PAN-OS 8.1.2 new threat logs were introduced that will appear each time such packets are discarded:

Threat logs will also be generated on the following events (which don’t require Packet-Based Attack Protection):

To enable the additional logging, run this operational command:

You can find the release notes here: PAN-OS 8.1 Release Information 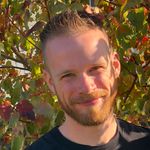