Ever since I put my PA200 inline at my house, my internet has been running really slow.

In troubleshooting, I learned about the "More Runtime Stats" link in the virtual router.  I needed this info to determine what traffic should be considered "interesting" and routed through the SSL VPN to create split tunneling for remote access.

Because s lot of my traffic was showing as "incomplete" in the traffic monitor, I knew my slow browsing was a routing problem.  Anytime the application shows "incomplete" there is a missing 3-way handshake.  The "More Runtime Stats" revealed that I had two default gateways (0.0.0.0/0 was entered twice.)

I had added a static route pointing 0.0.0.0/0 to my (outside) ethernet1/1 interface.  Apparently the firewall also adds a default route when I selected "dynamic DHCP client" for my outside interface.

Removing the static default gateway (I had added) from my config fixed my problems.

PA will add a default route automatically if you check the option under the DHCP client interface: 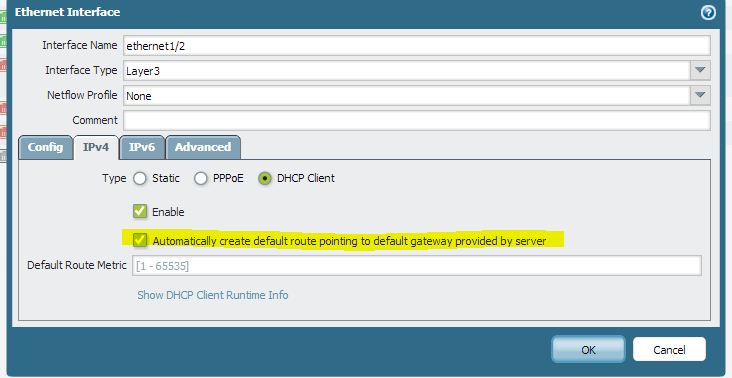